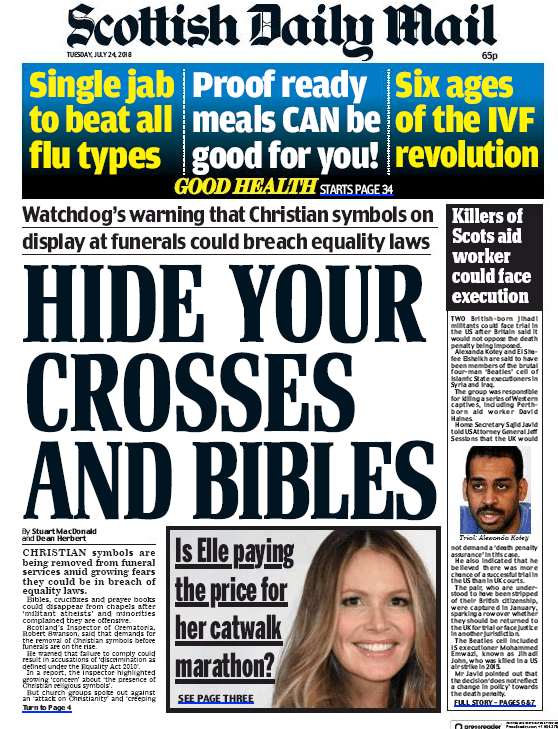 Cycling home last night I received a phone call from a journalist who wanted to ask my views on a story he was covering. When he told me the story I had to stop before I fell off my bike. Could you repeat that? He did. This is the story. HIDE YOUR CROSSES AND BIBLES […]

via Hide Your Crosses and Bibles – How Equality leads to the removal of public Christianity. — TheWeeFlea.com

While primary school pupils in Cambridge take part in celebratory ‘transition’ assemblies, Welsh ‘boys’ share dorms with girls, and Scottish 12-year-olds are being encouraged to have their birth certificates altered, women on Twitter were banned, in May, from stating biological facts about men and women. The social networking giant, Twitter, censored tweets which state what […]

A warning was given to the EU Parliament on 5 June that religious freedom is one generation away from being lost. Discrimination and intolerance of Christianity in Europe was debated for the first time in the European Parliament, in a meeting hosted by Nathan Gill, MEP. ‘Christianophobia in Europe: a case study’ called for vigilance from […]