Blessed again with a beautiful day we were ready and willing to be out on the streets again. I forgot the camera so there are none of the usual pictures to view. I did take some later in the day and have included them to illuminate the text. 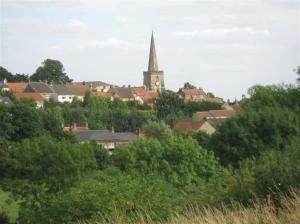 Almost immediately on setting up the table a family on holiday stopped to talk, believers from Leeds, it became clear that their 13 year old daughter was unconverted and genuinely interested in what it meant to believe on Jesus Christ as Saviour. Our conversation revolved around the fact that John wrote his gospel with the specific purpose of providing the information needed to believe and be saved.

And truly Jesus did many other signs in the presence of His disciples, which are not written in this book; but these are written that you may believe that Jesus is the Christ, the Son of God, and that believing you may have life in His name.

She took the gospel away with her and to our great joy and delight, she brought it to church on Sunday and showed us how far she’d read! May God have mercy and save her.

An Older Man Who Hadn’t Heard The Gospel:

A gentleman in his 70’s stood to speak, a holidaymaker, and from my home area said that no one had ever told him of Jesus Christ dying for sinners or of his need to personally repent and believe the Good News. I found it hard to comprehend, but he insisted that what I was saying to him was entirely new.  He listened well and left with literature to read which would leave him in no doubt of his need and the Saviour’s power and willingness to save.

“The time is fulfilled, and the kingdom of God is at hand. Repent, and believe in the gospel.”

Tourists Waiting at the Ropery corner.

Nick and Vanessa had opportunity to lay out the Gospel before a man who claimed to be a spiritualist healer, he was very sure that everyone would judge themselves on the last day, but was gently corrected and pointed to the only safe haven on that day – Jesus Christ.

A couple explained to Nick and Vanessa that they had attended the Alpha Course and now believed themselves to be Christians. It didn’t take long before we found out that they had no concept of their sins being forgiven, their hope lay entirely in a ‘god of love’ who is a caricature of the God who so loved the world that He gave his only begotten Son to pay the penalty of sin and bring life and forgiveness to believers. I heard them say they were now hearing things which they’d never heard before.

So much of modern evangelicalism is ‘another gospel’, may the Lord deliver us from modern delusions and those who spread them! Its nothing new, Paul writes in:

I marvel that you are turning away so soon from Him who called you in the grace of Christ, to a different gospel, which is not another; but there are some who trouble you and want to pervert the gospel of Christ.

Jesus Christ came to rescue sinners from their sin and the impending judgement of God against them. God’s Love is seen in the provision of His Son as substitute, but everyone must both repent and believe before they can enjoy the benefits of Christ’s great work.

God demonstrates His own love toward us, in that while we were still sinners, Christ died for us. Much more then, having now been justified by His blood, we shall be saved from wrath through Him.

“Sirs, what must I do to be saved?”  So they said, “Believe on the Lord Jesus Christ, and you will be saved, you and your household.”

If you’ve read this far, I plead with you in the name of the Lord Jesus, that you flee to Him for the forgiveness of your sin. Write and tell us if you need further help, or if you do indeed cast yourself upon His mercy.

Crowds waiting for the Traction Engines to arrive.